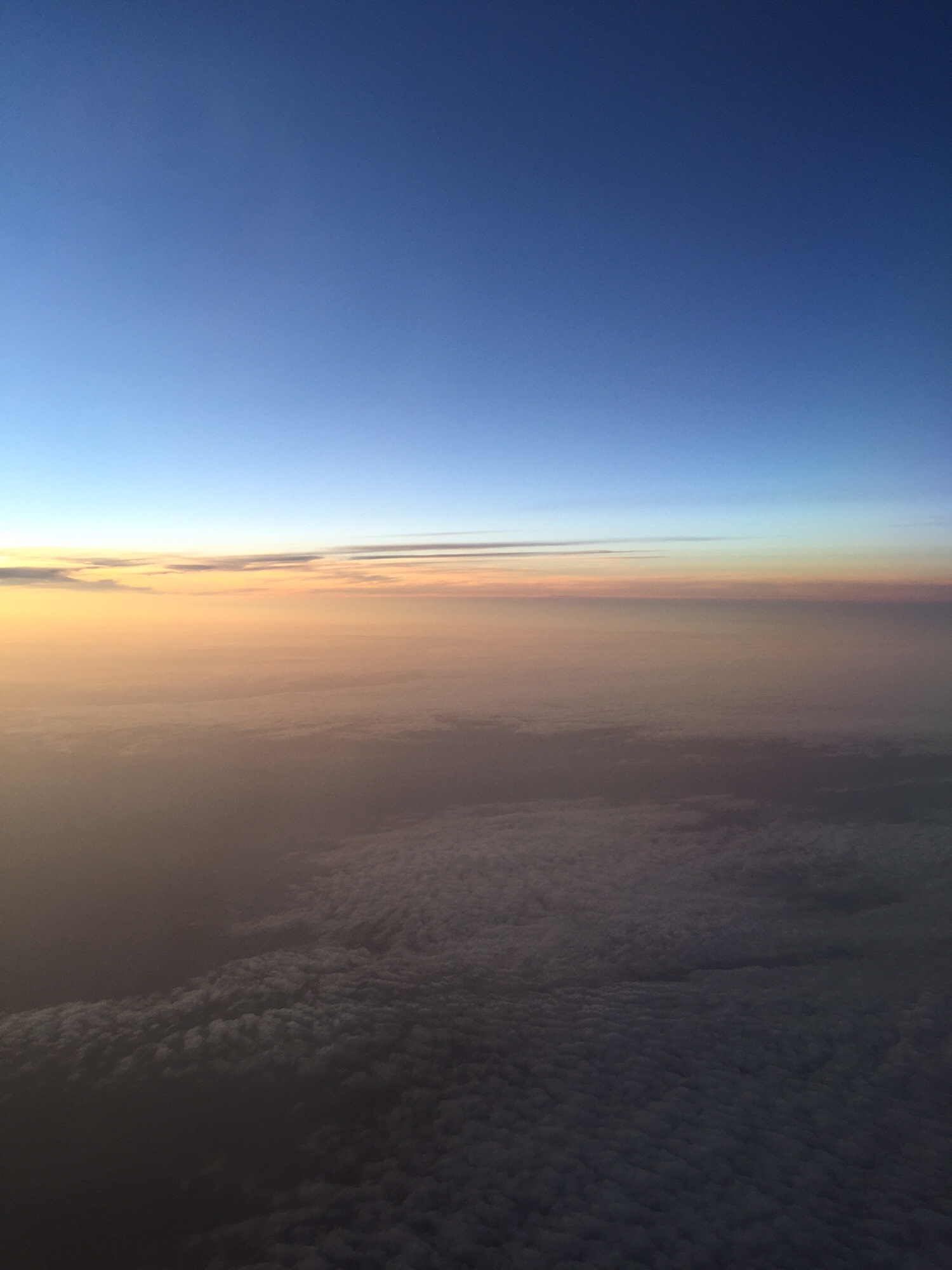 The past few weeks I have been a whirlwind of trips, workshops, lawyers, ceremonies and clients. I’ve spent my time traveling between time zones and making airport waiting areas my personal playground of potential material to write about. I also spent my days fantasizing about doing nothing during my much-needed mini-vacation during the last few weeks of 2017.

Finally home and able to take off my semi-public persona, I turned my attention to several projects, dinner menus and being mom-in-charge. Having time to decompress and slow down my oft busy mind was just what I needed and I welcomed the chance to do nothing other than be my happy-go-lucky self.

Now that I was back at home, I found myself restless and felt out-of-place in my own skin. My dreams with Obatala, Oshun and Olokun pushed me to discover why. My waking prayer on one of my last business trips was directed to Obatala. I asked him to show me what one thing I needed to change about myself to move to the next level. Well true to form, Baba did not disappoint and he showed me the ‘right now’ item to work on, forgiveness. Obatala used Facebook to show me my heart.

A friend posted a picture of himself and a few other people. One of the people in that picture I had not laid eyes on in almost 28 years. It wasn’t until I saw this person in this particular picture did I realize that for almost 30 years I had been holding on to a deep rage and had not forgiven the friends of my cousin. I was still angry and if he had been standing in front of me in that very moment, I think my immediate reaction would have been to spit in his face. He would not have been met with an enlightened greeting but with a real guttural response.

Where I grew up at, every day that you made it home safely was a good day. My family, from the oldest to the youngest, lived by a code that you do not abandon your people. You leave together and you come home together. That was what we knew and lived by. One night my cousin went to hang out with his friends and he never made it home. He was murdered and the court testimony of his friends revealed that when things escalated, they left him alone. Surrounded by his soon to be killers, alone to defend himself and to die alone. It was quite easy for me to forgive my cousin’s killers because they were the bad guys, the demons, if you will, of the story. But what about his friends, the ones who were just teenagers themselves and scared? The good boys that got to grow up, have families and memorialize their dear departed friend every year on his birthday. For my own sanity (and probably their safety) I had to isolate my feelings, the names and faces of my cousin’s friends. I had to bury that part of me that wanted to move these young men, at the time, into the demon category. Logically I know that they were all young and scared, had no idea the streets had real killers walking and waiting for church boys to happen upon them but, emotionally, I said fuck them. They were cowards who did not deserve an ounce of my sympathy or forgiveness. Cowards hold a special place on my list of things not to be, and there they were after all this time at the very top of my fuck you list. All this came rushing to the surface the instant I saw that picture on my timeline. At that exact moment, my son walked by my workspace and knocked over a stack of books. We both went to pick up the books and the book that I touched was a book on African proverbs which was opened to a page with the following in bold print “he who forgives ends the argument“.

Honestly, I don’t want to forgive them because my rage is like an old favorite sweater, I like it and am used to it. It feels good to put it back on after all this time but, I feel Baba’s gentle hands on my head and know that if I could forgive the real monsters that have crossed my path during my life, I could be my brothers’ keeper and forgive them. Not just for me but, also for them. What a burden it must be to wonder and ask yourself ‘what if’ everyday of your life. As I sit back and let Obatala pull out the dead weight of anger and figure out how to move these men off of my fuck you list, my skin is starting to feel a little less uncomfortable.

One thought on “Working on Forgiving”