The Case of Ifa and the Missing Ebo. 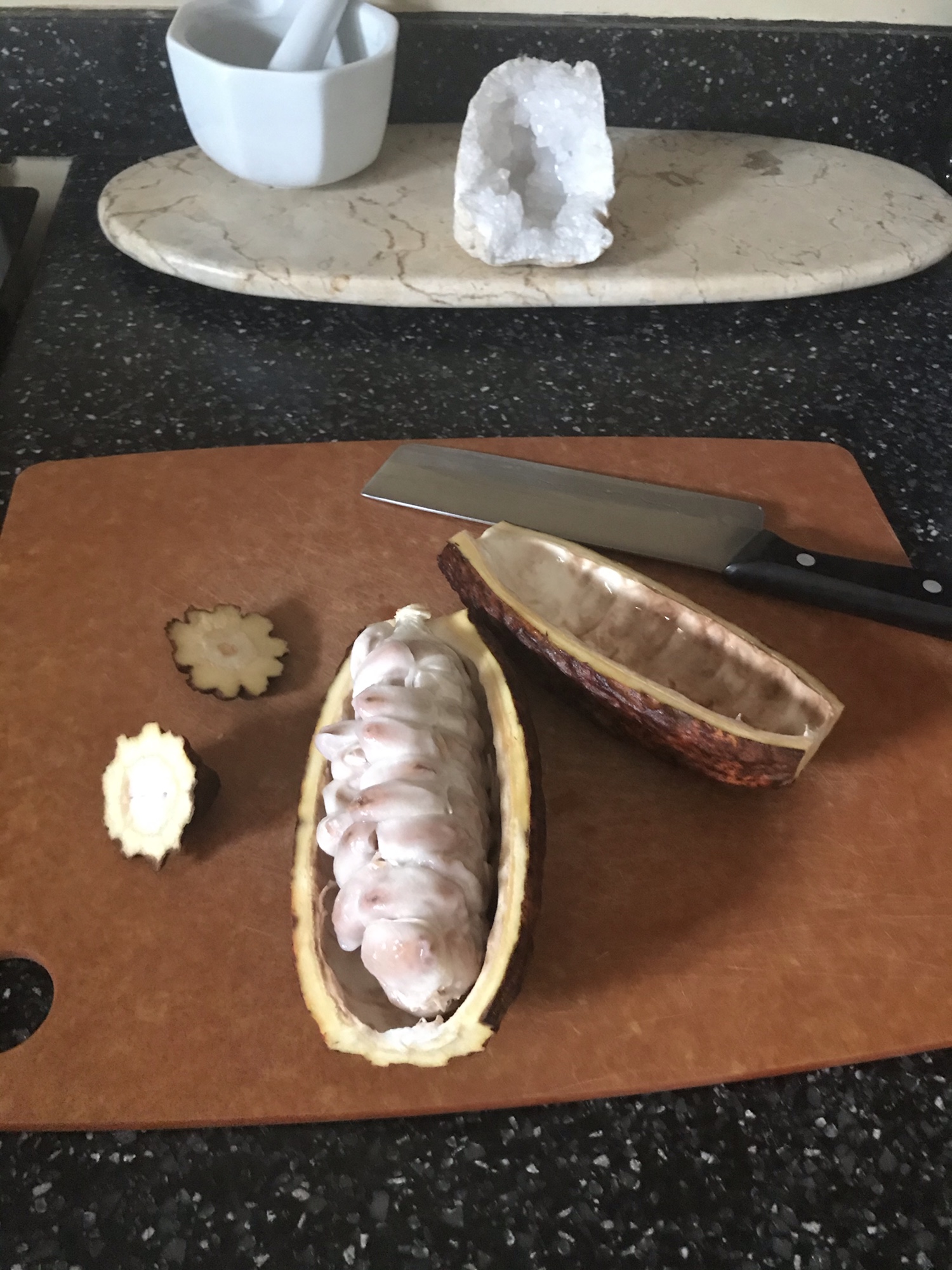 I truly didn’t understand what depression was until I was in the midst of my own personal storm 15 years ago. My mother is a dynamic woman. Quite beautiful, smart, funny, talented and kind but, throughout most of my life she has been depressed. Since depression was her norm, it was my norm.

During my childhood there would be days, weeks and months when she would immerse herself in painting hours and days on end. For her it was a combination of escape and medicine. As a little girl, I would sit and watch her lose herself in oils and acrylics, the silence in our living room in many ways helped to shape my creative mind and build my empathic heart, especially for mothers who put one foot in front of the other each day, creating the illusion of togetherness.

My young adult years and into full blown adulthood took me on many adventures, looking back my desire to travel and leave behind the hood was fully rooted in the need to escape the 10,000 kilo weight of living with a depressed person. Thanks to my spiritual entourage, I often found myself in different churches, misas, temples, etc. wherever I went. My close circle of sister/friends were all filled with hope, promise and believed that God in all of His/Her forms was real, so I was never out of reach of a prayer or a quick working to make things happen.

As I got older, I started to really notice all of the women in my life, particularly my elders. Each of them hid a sadness that if you caught them at the right moment, you could catch a glimpse of their inner “what if” thoughts. For them and us younger women church, our partners, children, work, etc. temporarily filled the void. Some of my elders self medicated, some eventually died alone with a broken heart.

My personal series of storms seemed to come out of no where in the mid 2000’s and I found myself trying to figure out just exactly when and where I could have went wrong. Around this time, the deep need for relief, from something I couldn’t quite label, became so overwhelming that I thought my heart would explode. Each day became a struggle to smile or even get out of bed. It was one of my sister/friends, Yoli, who asked me when was the last time I prayed. Her question surprised me because for some reason I thought no one knew about how much I prayed and talked to spirits. She reminded me that I was the weird one in high school who would zone out and start talking about the cosmos and higher powers. It took me a few days after our conversation to go to my altar and pray. At first I said nothing and then after sometime the tears came. If memory served me correctly, I called out to Yemoja for help because I couldn’t see my way out of the funk I was in. A housewife, with small kids, a cheating husband and the facade that was carefully crafted felt like a yoke and I truthfully didn’t know how to move. It was during a deep meditation that I decided to leave my husband, our big house and psuedo upwardly mobile lifestyle to get away with the clothes on my back and my children.

I prayed for a sign to help me deal with my depression and the deep anger I felt. I prayed for the strength not to lay hands on my ex. I prayed for a windfall to come my way so I could afford an apartment as well as put food on the table. I prayed and had faith that it would all work out in my favor because I refused to accept that this would be my lot in life. I did not want to be the elder who praised God but in her heart secretly wished she took that chance or went back to school, I did not want that for myself or my children. In the midst of all of this, I was bold and practically demanded that my entire spiritual court gather themselves up and get into gear to help their child out. In hindsight, I had a lot of nerve but, they know how I get when I am upset… I’m certain I got a pass from them during this time.

Fast forward several years later, my life at this time was fab-u-lous (at least it was in my mind). Within a matter 24 hours a series of events turned my life inside out and put it on its head. The only words I can think of to describe the two year period of living on the edge are “What in the Entire Hell is Happening?” I could barely catch my breath on the personal front but still had to keep things going on the business and political fronts. Nighttime would find me exhausted and overwhelmed. At some point I felt a familiar tug on my whole being, it felt like depression was lurking, waiting to put its arms around me.

This is the part of my tale where you would think that I went to my shrines and/or called an elder for advice. Quite the opposite, I cancelled all of my appointments, refunded orders and stayed in bed. My sentiments were, at the time, “Fuck it, I am tired”. I had the luxury of having grown up children, no husband and recognized the need for immediate self care. My sister/friends became my therapists. Netflix told me watch one more show and Amazon delivered. So yeah, I chose to invite in what I felt was depression because, after all, he was a familiar friend.

Once again it was Yoli who asked me, when was the last time you prayed? She made a joke of it. She said your ass is probably down because you haven’t done juju in a while. She made me laugh and when we got off the phone, I cried for the first time in a long time. That cry lead to another sister randomly calling me with a message, Lelia let me know that my Egun and Orisha have my back and are carrying me. By this point, I recognized that Spirits were on the move for my benefit and I needed to at least attempt to put one foot on the floor.

That night I made my way to the shrine room and within 3 minutes of entering my sanctuary the person would eventually become my Oluwo called me just to see how I was doing. This time instead of saying the standard “I’m good”, I poured my heart out. I was tired, burned out from my constant need to control every aspect of my life, tired of dealing with trifling people in the spiritual community and from seeking thrills on my many adventures. After I spoke my truth, this is what was said; so what happened that made you decide to ignore the obvious and go against what Ifa said? What are you afraid to let go of? These questions were the catalyst of change for me. During our conversation it was pointed out to me that I fully know the differences between depression and anger, my work, training and personal experiences helped me to recognize the differences in others but for myself, I did not want to do the hard work of reflection and the even more daunting task of making internal changes. My pride kept me from seeking help, my need to make sure everyone else was happy at my own expense practically guaranteed that I would feel unfulfilled. I had to honestly ask myself, how much of what I was feeling anger verses a genuine depression. I had to ask how much of my personal situation was designed and constructed by my own hands. Here I am with with all these spiritual and physical tools, talent and help but all I was doing in that moment was talking the talk and not walking it, all because things weren’t going my way. The punchline of all of this was that Ifa told me in a reading prior to all hell breaking loose to make certain moves and do my ebos, guess who didn’t do what was prescribed? This Lady!!

My lack of discipline, ego and a “I’ll do it tomorrow” attitude was why I was in the situation I was in. Saying I was depressed was an insult to all of the people I knew, know as well as those who go through depression. Yes, I have periods were I get down but where I was at that point in time wasn’t depression, it was poor choices meeting lack of personal accountability. Depression is no joke, it is like a second skin and for those who are afflicted with it, ofttimes feel crippled by it. I was just mad at myself and sad about feeling that way. To even write this and publish it has me feeling anxious because it means that I am showing the world that I am human after all.

I share this piece of me because I want people, especially women, to do the deep healing work that comes with being truthful with oneself. I want see more of us make the proper ebos so we can be in the position to heal our families and communities. I want each of us to take personal accountability seriously and be about it. Why? Because there are people out here who are drowning in depression and feel they have no way out, we need to be a helping hand where and whenever we can. The world that we live in now needs healers of all types, perhaps I am being overly optimistic but the mental, emotional as well as spiritual strength that is required to break the yokes on the necks of oppressed and marginalized people globally requires a special kind of ebo and that is the ebo of personal transformation. One of the most difficult ebos to do but, a necessary one.

Leave a light on for those who have crossed, have a hand extended for those who need a bit of kindness in an unjust world and lift yourself up even if it means you do it one step at a time.

2 thoughts on “The Case of Ifa and the Missing Ebo.”